A French newspaper reports that the Yankee, Gustave Whitehead, of Bridgeport, has solved the problem of aerial navigation with the help of several capitalists who supported his practical experiments.
Eighteen expert engineers are currently working on the construction of the navigable machine invented by Whitehead.
According to the sketch published in the Yankee press, it has the shape of a bat. The driving force which propels it is derived from the ignition of calcium carbide gas.
Mr. Whitehead, who until recently lived unassumingly in his home town, has already made short, controled flights in his machine.
It appears, the invention will be fully developed by next May. 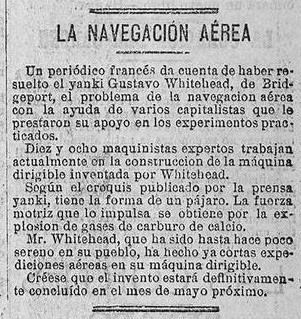 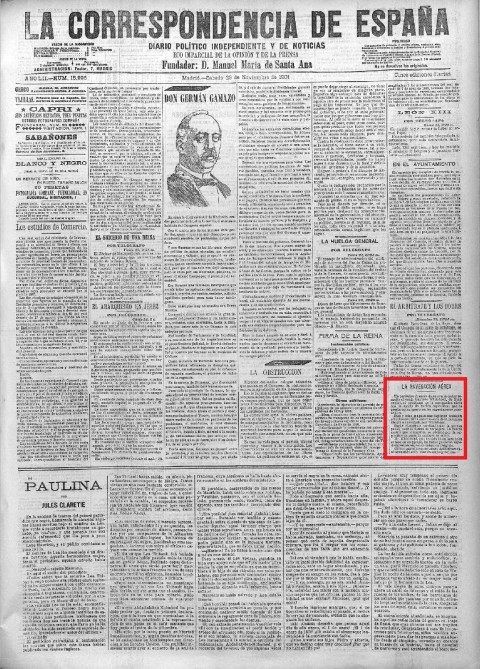