The New York correspondent of the Daily Mail reports that Mr. Gustave Whitehead, the inventor of the famous self-propelled torpedoes [here, Gustave appears to have been confused with Robert Whitehead], has just invited a machine which combines an automobile with an aeroplane. The total engine power, including an acetylene gas generator and a motor, with fuel for 20 hours weighs approximately 2 kg per horse power. In an experiment that was recently done in Bridgeport, Mr. Whitehead drove along a macadam road at a speed of 20 miles per hour, even reaching 30 miles per hour over short stretches. After that, he opened the valves of the machine which powers the propellers and climbed to a height of 16 meters. After having navigated for half a mile, Mr. Whitehead landed safely without incident. The machine of about 5.2 meters in length looks like a huge bat [not knowing what that word appearing in the Daily Mail meant, the French journalist appears to have consulted a dictionary, found a translation of the word “bat” and added…] of a kind used to play cricket. Mr. Whitehead states that his machine has not concluded the experimental phase. But he says he has reduced the weight of his engine by about 75% over other engines currently in use. As soon as time permits, new experiments of greater duration will be conducted. Is there anybody left who dares to state that the acetylene engine has no future? 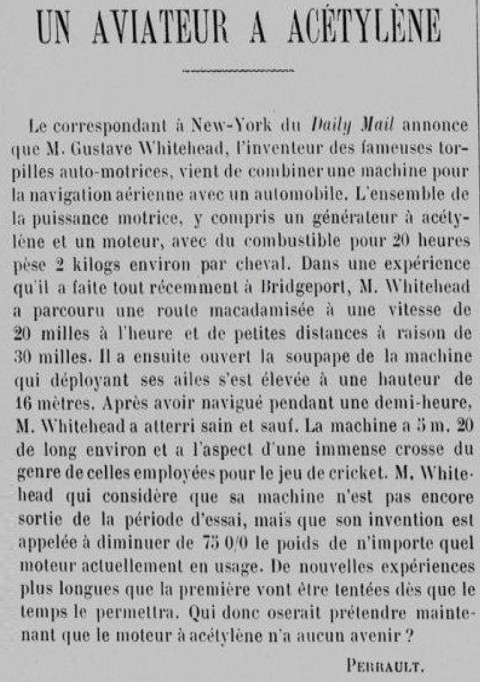 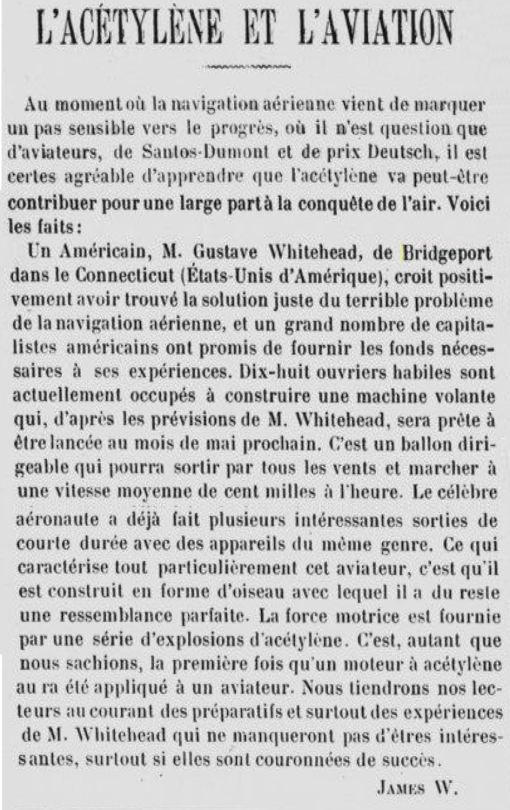